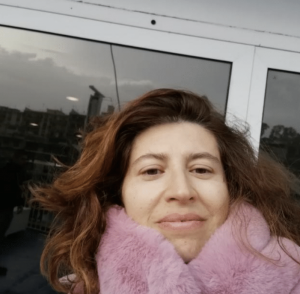 Adelaide Madera is Associate Professor of Canon Law and Law and Religion at the Department of Law of the University of Messina, Italy

Since Everson v. Board of Education, access to public funding for religious organizations has been a controversial issue and fiercely litigated. During the pandemic crisis lockdown, the enactment of the CARE Act that established the Paycheck Protection Program, raised new challenges for religious charities.

The PPP appeared attractive to many organizations and businesses, both religious and secular, which needed to maintain their employees on their payroll. However, many concerns arose as to whether religious nonprofits were eligible for government funding, whether accepting PPP loans implied that religious organizations were federal contractors, and to what extent access to public funding could affect their religious identity. On April 3, the SBA issued guidelines to clarify some key points. First, receiving the loan has no implications on church autonomy, religious identity, internal governance, or on the exercise of rights guaranteed by federal statutes (RFRA, section 702 of Title VII, First Amendment). Accepting a PPP loan “constitutes Federal financial assistance” and implies “certain nondiscrimination obligations,” even though they “are not permanent.” The only limitation applies to all beneficiaries: 75% of the loan must be used to cover payroll costs. The SBA’s frequently asked questions underlined that the SBA’s nondiscrimination rules, as Title VII provisions, include an exemption allowing religious organizations to employ staff sharing their religious beliefs “to perform work connected with [the organization’s] religious activities.” The crucial question is whether this exemption allows religious organizations to select employees who also share their standards of behavior. Certain academics incline toward a narrow reading of this provision,[1] and a textualist reading of the expression “because of sex” of Title VII resulted in the Supreme Court’s inclusion of gender identity and sexual orientation under the protection offered by Title VII.

Also, the Interim Final Rule exempted faith-based organizations from the SBA’s affiliation rules because the affiliation could establish a “substantial burden” for religious exercise under the RFRA, as many organizations do not qualify for the CARE Act because of their religious affiliation with other entities, which means they exceed the 500 employees. They cannot be required to renounce to their affiliations that are part of their exercise of religion and mirror the hierarchical or connectional structure of the church. Furthermore, religious organizations are granted autonomy to decide matters of internal governance, and civil courts are forbidden to interpret religious doctrines or policies. Finally, there is no compelling interest to deny emergency support to religious organizations; to do so would disadvantage them compared to their secular counterparts they all suffer the same economic hardship.

In an era of culture wars there is increasing public skepticism about religious exemptions,[2] particularly when beneficiaries enjoy federal assistance. The conflicting directives enforced under Obama’s and Trump’s presidential administrations emphasized the public debate.

The pandemic has exacerbated concerns about the “exceptionalism”[3] of religion. Churches’ access to PPP loans revitalized the traditional argument of opponents of religious freedom: “You cannot have your cake and eat it too.” Also, academics warned that the CARE Act gives churches unprecedented privileges, contradictory to the Establishment Clause. The exemption from the affiliation rule means significant funds can go to religious organizations, regardless of their affiliation with larger entities, unduly advantaging them compared to secular nonprofits operating under the umbrella of a national organization. Another concern is that the CARE Act allows public money to be allocated to houses of worship, regardless the religious nature of their activities.

Over the last 30 years, the Supreme Court embraced a trend of progressive erosion of the principle of separation, promoting an equal treatment of religious and secular organizations in relation to access to public funding. More recently, the Court has embraced new trajectories in the interpretation of the First Amendment. In Burwell v. Hobby Lobby Stores, Inc., the judiciary over-expanded the protection of religious exercise as well as reducing the Establishment Clause to “reinforce the goals” of the Free Exercise Clause.[4] Trinity Lutheran Church of Columbia, Inc., v. Comer focused on the prohibition of religious discrimination, which expanded from an individual to an institutional perspective: as a believer cannot suffer forms of disabilities because of his or her religious views, a religious organization cannot be discriminated against compared to its secular counterparts because of its religious status. In Espinoza v. Montana Department of Revenue, the Supreme Court declined to rule on the government’s claim about the risk of using of public funding in religious schools, weakening the no-aid standard and focusing instead on the prohibition of religiously identity-based discrimination. Also, in Hosanna-Tabor Evangelical Lutheran Church and School v. EEOC, the Supreme Court emphasized the “special solicitude” that the Religion Clauses give churches to enjoy autonomy in their strictly internal matters.

Currently, the crucial question is whether the financial measures aimed at limiting the impact of the coronavirus on small businesses are consistent with most recent judicial discourse.The PPP is neutral, generally applicable, and provides support to all organizations that qualify for 501(c)(3) status. Under the emergency rules, religious organizations receive neutral, non-distinctive treatment under COVID-19 restrictions and are considered on a par with secular organizations for PPP loans. Furthermore, PPP loans are allocated under formally neutral standards and religious and secular applications receive equal consideration.

During this difficult period, more than ever, churches should make use of a “responsible freedom.”[5] Given that in certain religious traditions certain sensitive matters are going through an evolving process of moral reconsideration, with a view to showing support and commitment toward every human frailty, “juridical compromise”[5] may be facilitated.

However, religious identity cannot become a disability that prevents organizations that  suffer the same harm as their secular counterparts having equal access to compensation. For this reason, churches, their integrated affiliates and conventions or associations of churches cannot be disqualified from receiving loans because of their religious status, if they meet the requirements. Also, secular boards are not allowed to scrutinize internal church structures to translate them into secular terms.

However, “systemic disparities” should be corrected, if PPP is to be renewed. Public measures should be calibrated to enable public support on the basis of a substantially non-preferential model, preventing distorting effects from leading to undue advantages to certain religious actors as larger providers of nonprofit services.

The pandemic has showed us not only the need for a cooperative synergy between all (public/private, secular/religious) parts of society to face the emergency, but also that there cannot be a hierarchical order of constitutionally protected rights.Sensitive balances have to reached, case by case, taking into account the complex nature of all the interests involved; nevertheless, maintaining the values of pluralism, openness, and democracy implies mutual respect of diversity, and equal expressive freedom for all, including religious organizations. The US should not repudiate its long tradition of “reasonable” accommodation that has traditionally managed a difficult balance between majority narratives and minority dissenting voices and removed obstacles that prevent the integration of groups that do not share the same values. Not all the claims that self-qualify as “religious” can be satisfied, as third-party harms deserve serious consideration. However, the constitutional framework requires that the preservation of core religious settings and activities is nonnegotiable for the survival and continuation of religious missions.[7]

According to critics, missing the opportunity to benefit from public subsidies should not be considered a substantial burden. However, during a pandemic, what would be the cost of the failure of charities for faith communities and civil society as a whole? The social role of religious organizations and their consistent engagement with the most vulnerable individuals in society cannot be underestimated; they have a supplementary role alongside public services and help to guarantee the viability of the US public welfare system. During lockdown, religious institutions not only have provided guidance to their faith communities, but also made use of “religious creativity,” and engaged in providing primary goods and services to their communities. Many states deemed religious services to be essential services, providing the same exemptions granted to secular services. The opportunity offered by PPP loans implies a recognition of religious organizations’ valuable contribution to the achievement of shared goals, without forcing them to renounce spreading their religious message. In this way, all social actors are encouraged to fully contribute to promoting of a broad model of pluralism that leads to a fully inclusive society.

[7] Chris Stewart, and Gene Schaerr, Why Religious Conservative Organizations and Believers Should Support The Fairness for All Act, 46 J. Legis.134 (2020).

The ‘Drive Confession:’ The Care of Souls in a Pandemic