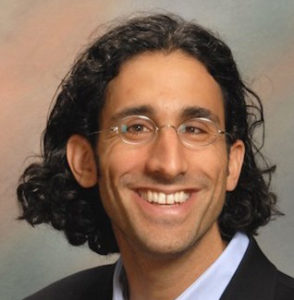 Russia’s 2020 constitutional amendments provide fresh succor for the Kremlin’s longstanding foreign policy priorities. These priorities include fortifying a muscular vision of sovereignty, non-interference, and a multipolar international order; disseminating “traditional values;” defending rights of compatriots living abroad; and cracking down on the so-called “falsification” of Russia’s WWII history that tarnishes the country’s reputation. Given the Russian Orthodox Church-Moscow Patriarchate’s (ROC) consistent support for these priorities, its role as a vital Kremlin soft power lever is poised to deepen in the coming years.

To be certain, several of the newly enacted constitutional provisions plainly resonate with Church ambition. At the same time, other amendments appear—at least at first glance—to have less obvious overlaps. For example, the Church will eagerly back government efforts to preempt LGBTQ rights and boost the collective “family” rights sourced in the constitution’s new traditional values mandate. The ROC’s mission to strengthen expatriate bonds to Orthodoxy and the homeland similarly feeds into the constitution’s newly enhanced obligation to champion compatriot rights abroad. Likewise, the newly enshrined reference to “belief in God” directly ties back to ROC lobbying efforts. Perhaps more surprising, however, the Church has steadfastly echoed Kremlin narratives attacking the “falsification” of Russia’s WWII record, which is now prohibited as part of the government’s new obligation to protect “historical truth.” As discussed below, the ROC’s active participation in this crusade reflects but one instance where the Church parrots Kremlin misinformation and disinformation designed to shield or enhance Russia’s international standing and its self-perception as a state entitled to global leadership in the 21st century.

President Putin has asserted that external efforts to tarnish Russia’s reputation will not be tolerated:

Now backed by a constitutional amendment outlawing falsification, the Kremlin has woven Putin’s zealous vision of a faultless Russia into a larger narrative that characterizes “falsification” as a root cause of human rights violations committed not only by “Nazi and ultraright organizations,” but also by “those who propagate ultraliberal ideas.”

The Moscow Patriarchate has long echoed the government’s preoccupation with the threat posed by “falsification” of history. During the late 2000s, Church hierarchs leveled accusations of falsification at Ukraine’s government, mirroring similar Kremlin actions. Likewise, the Church actively sought to counteract “attempts to falsify [history] to the prejudice of Russia” in public forums such as the World Congress of Compatriots Living Abroad. Russia’s Ministry of Foreign Affairs and the ROC cemented this global cooperative effort in 2010, promising to “continue joint efforts to combat the falsification of history.”

the diplomatic service will continue to do its best to counter attempts to falsify history [through] close cooperation with the Russian Orthodox Church… in the interest of… strengthening Russian society’s moral and spiritual foundations.

The ROC has taken this cooperative project to heart, marshaling its resources to fiercely repel any position that contradicts or challenges the Kremlin’s narrative of unsullied Russian supremacy. As part of this effort, the Church advocates within the compatriot community and beyond to preserve “historical memory and opposition to attempts to distort history.”

More broadly, the Church also invokes a selective historical narrative as a means of criticizing foreign governments as well as building a common framework for potential alliances. Examples of how the ROC harnesses falsification as a carrot and stick illustrate how faithfully it cleaves to the Kremlin’s views. In a 2018 visit to Bulgaria, Patriarch Kirill branded as “outrages” remarks by the Bulgarian President deemed historical revisionism and depreciation of the primary role of Russian state power and sacrifice. After the Patriarch directed a six-minute-long harangue at the Bulgarian head of state, he reiterated to reporters his disappointment with the “official rhetoric” of government representatives who downplayed that “the liberation of Bulgaria… was written in bloody letters” in Russian history: “No political correctness can justify the false historical interpretation. And it is a principal message that the Patriarch addresses to Bulgaria, her leadership and people today.” The same stick is evident in Estonia, where the ROC backed the Kremlin’s vocal opposition to the relocation of a “Bronze Soldier” statue—a monument to Red Army casualties against the Nazis—from central Tallinn to its military cemetery. Conversely, the ROC doled out the proverbial carrots in Croatia, lauding local officials for restoring a memorial to Soviet soldiers, calling it a “profoundly symbolic” action which “helps preserve historical memory.”

Through these and similar actions, the Church reinforces the Kremlin’s view that Russia’s WWII record is sacrosanct and that any perceived slight against it, including the “criminal war on monuments,” is tantamount to the glorification of Nazism. Moreover, operating as a proxy for the Kremlin in this arena, the Church can convey its messaging without the diplomatic fetters that might otherwise bind Russia’s diplomats. The Patriarch’s action in Bulgaria drives this point home, evincing aggressive advocacy of “the Russian nationalist agenda… in a way that even the Russian Foreign Ministry avoids when dealing with what it considers ‘friendly nations’.”

Revealingly, the Church-state partnership that wields the charge of falsification against others is not limited to protecting a glorified historical account of WWII. Indeed, the Kremlin and the ROC have also taken to labeling as false anything that potentially undercuts the contemporary projection of Russian power and influence. In 2018, for example, the Church protested as a “gross violation of the church canons,” the Ecumenical Patriarchate’s decision to dispatch two hierarchs to Kyiv on a fact-finding mission. In the ROC’s framing, the Ecumenical Patriarch justified Constantinople’s interference in local Church affairs by “false interpretations of historical facts.” In a plain effort to shield the ROC’s—and Russia’s—status abroad, Kirill further warned that Ukrainian autocephaly represented a false path to spiritual death: “When people are shown a false path, which breaks them away from the true Church, when they are told to give their souls to impostors… that’s the path to death.” Sergei Lavrov repeated this falsification narrative but took it one step further, linking the Kremlin’s rejection of the Ecumenical Patriarchate’s Tomos to preventing both the spread of the “Nazi virus” and the rewriting of history. In Lavrov’s words, autocephaly for Ukraine was:

absolutely illegitimate… because the 1686 Constantinople verdict on the transfer of the Church under the aegis of the Moscow Patriarchate is irrevocable (it is fairly easy to read it). Therefore, mockery of history with a view to setting Russia and Ukraine against each other and preventing their friendship is a crime against compatriots.

In addition to using falsification as a tool to attack rivals who threaten Russia’s prestige and status as a global actor, the Kremlin and ROC also circulate false narratives designed to boost the country’s reputational capital. For example, the ROC has readily embraced the disinformation that colors the Kremlin’s contemporary narrative of Russia as a haven for religious freedom, tolerance, and coexistence. This version of “falsification”—intended to elevate Russia’s international image as a civilizational alternative to the west—downplays Russia’s past and current human rights abuses while proffering its approach to religious coexistence as an export-ready model for other like-minded states to emulate.

In repeating this pitch to global audiences, the Church similarly distorts Russia’s long history of religious persecution and ignores the Kremlin’s current treatment of so-called“non-traditional” religious groups. For example, at a speech commemorating the World Council of Churches Decade to Overcome Violence, Metropolitan Hilarion set aside Russia’s ever-steeping antipathy towards Jehovah’s Witnesses, its hand in the fabrication and dissemination of the urtext for modern anti-Semitism, and the country’s forcible expulsion of Muslim Tatars from Crimea to boast:

In Russia there have been no religious wars or religious confrontations in our history. People in our country have been able to find a language of mutual understanding,  friendship and good-neighbourliness despite their differences in faith, culture and way of life.

President Putin and Foreign Minister Lavrov consistently invoke a similar fanciful narrative to bolster Russia’s international standing and legitimacy. For example, at a 2003 gathering of the Organization for Islamic Cooperation (OIC), Putin celebrated Russia’s inter-religious harmony as “one of the strengths of the country, its legacy, wealth and advantage.” Similarly, speaking in Italy in 2015, Lavrov crowed Russia “had accumulated great experience in ensuring the co-existence of people of various creeds” and “protect[ing] true religious values.”

The most striking evidence of the ROC’s willingness to ignore facts in defense of Kremlin status and prestige can be seen in the Church’s response to Russia’s alleged involvement in the downing of Malaysia Airlines Flight 17 over Ukraine in July 2014. The Kremlin wasted little time in blaming western-backed Ukrainian authorities for the incident and throwing into doubt the legitimacy of the unfolding investigation. Three years later, the Foreign Affairs Ministry asserted: “Neither the technical investigation into the causes of the Malaysian Boeing crash by the Dutch Safety Board nor the criminal investigation by the Joint Investigation Team” could be regarded as a full, thorough, and independent international investigation. For its part, the Church quickly abandoned its own tepid appeals for an objective investigation, pivoting instead to questioning the feasibility of an investigation and reiterating the Kremlin view that Russia could have no possible role in the unpleasant business unfolding in Ukraine’s restive eastern provinces. In one op-ed, Metropolitan Hilarion seemed to encourage burying the entire affair: “No one has taken responsibility for that loss of 298 lives… and it appears highly unlikely that we will ever learn the names of the guilty parties to this atrocity.” And on his TV talk show Church and the World, the Metropolitan tacitly endorsed a guest’s assertion that any allegation Russia bore responsibility amounted to “propagandistic statements.”

The ROC’s lockstep narratives relating to WWII, the illegitimacy of autocephaly, and religious freedom in Russia confirm that the Church is poised to faithfully echo Kremlin policies in these areas. But it is the Church’s reticence to engage the MH-17 tragedy through a fact-based lens that drives home a starker reality: Formulation of ROC positions on all these wide-ranging issues are invariably the product of a hardened commitment to toe the Kremlin line. This fealty to the cause of shielding Russia from anything that might detract from its ability to serve as a beacon for traditional values against western “ultra-liberalism” is unlikely to diminish for the foreseeable future. And because the ROC oversees a diverse global network of interlocutors that cuts across religious, cultural, and political lines and remains independent of more egregious Kremlin-backed propaganda platforms, this soft power outlet will remain pivotal for reinforcing support for Kremlin foreign policy views. Faced with these realities, policymakers and civil society actors who are involved with the ROC should take measures to reassess the nature of their engagements and the extent to which they risk facilitating platforms that spread Kremlin misinformation or disinformation.
Facebook0Tweet0LinkedIn0
Tags: Autocephaly, Church-State Relations, Orthodox Church, Russia