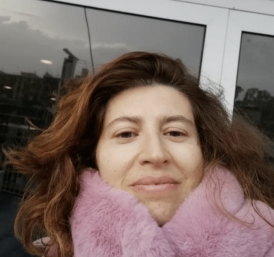 Adelaide Madera is an Associate Professor of Canon Law and Law and Religion, Department of Law, University of Messina

In a 1952 landmark decision, delivering the opinion of the U.S. Supreme Court, Justice Douglas asserted: “We are a religious people whose institutions presuppose a Supreme Being.” This and other cases, where a U.S. judge refers to religious arguments while shaping a judicial decision, raise a question about the relationship between religion and the judiciary.

It goes without saying that in a democratic and pluralist state judges are not allowed to rely on their religious tenets to “resolve legal disputes.” However, some commentators argue the “inevitability of subjectivity,” namely, the unavoidability of judges who are not able (even unintentionally) to leave their religious, moral, political views at the threshold of the courtroom. Psychological literature also demonstrates the connection between “religiosity (the quality of being religious) and personal values” which affect subconscious processes underlying judicial reasoning. Besides, some scholars refer to various reasons why religious values may be of some help in judicial decision-making, specifically in deciding “ethically difficult cases,” such as the death penalty, where, as Guido Calabresi shows, judges may face the “tragic choice” between  one’s conscience and the rule of law.

The case of the U.S. Supreme Court

In the U.S. context, traditionally there has  been a strong interplay and significant public attention  between judging and religion. The religious factor has deeply affected the composition of the U.S. Supreme Court. Although on a superficial examination such composition does not demonstrate a direct link between the justices’ religion and their judicial reasoning, some studies have suggested that judges’ religion  has an impact on the outcome of the dispute resolution, with specific regard to certain cases involving church-state separation, religious accommodation, and ethically-sensitive cases (i.e. bioethics, the above-mentioned death penalty, etc.).

For many years the Supreme Court has witnessed a polarization between conservative and progressive forces and the struggle to reconcile conflicting views, in the pursuit of complex solutions of compromise. Currently, the appointment of Justice Amy Coney Barrett, a devoted Catholic who replaced liberal Justice Ruth Bader Ginsburg, along with other appointments of the Trump era, is seen as a long-term victory of the Court’s conservative wing.

However, can we really argue that judges’ religious adherence can affect the result of litigation? For example, given the high level of loyalty of many Catholics to a traditional view on the beginning and end of life, on marriage and family, on abortion, and LGBT rights, can we say that these convictions would determine their decisions on disputes around these issues?

One of the answers is denominational specific and requires us to consider the religious denomination of a judge. Some denominations impose strict adherence to their tenets and doctrines more strongly on their faithful, regardless of specific factual circumstances, while others  are more lenient, leaving more room for individual decision-making. Coming back to the case of Catholic judges, among U.S. justices we see both liberal Sonia Sotomayor and very conservative Clarence Thomas. The ability of judges to follow their judicial oath when it  clashes with their religion’s dogma is also important.

The other aspect is how legislators and the judiciary address potential conflicts between judges’ religious convictions and their professional duties. For example, Italian judges have been denied the possibility to exercise conscientious objection in cases concerning abortion of minors, and a disciplinary sanction was inflicted on a judge who refused a woman under house arrest the authorization to go to the hospital to interrupt a pregnancy, as, according to his view, abortion was not a “necessary need of life.”

Besides, the conflict between moral convictions and professional duties is not just a problem of religious judges. A judge’s adherence to a set of secular convictions should generate analogous concerns about an undue influence on decision-making. A non-religious judge, as well as a religious one, might be embedded in the specific cultural social and political context (and its underlying moral, ethical, and religious values) where they live and interact, and such a context might affect their reasoning, most of all where ethical issues are the object of litigation. When such a judge engages in moral reflection, they will easily rely on their moral values, and it is extremely complex to draw a clear division between “religious moral knowledge” and “moral knowledge of other kinds.” This question is especially significant in common law systems where the judge must “provide the law with content and context to decide specific cases.”

Some commentators argue that religious affiliation to mainstream religions has in some cases affected judicial selection in the United States. Given the increasing religious diversity in the U.S., as well as in many other countries, and the increasing role of judges in regulating religious issues (the so-called “judicialization” of religion) a pluralistic composition of the judiciary should be guaranteed, as in a democratic system justices should, in my view, reflect the people they serve, concerning religion, race, sexuality, and gender, although the full conformity could hardly be reached here.

Thus, a strong commitment is required to take positive action to enhance religious diversity within judicial boards, to incorporate a variety of backgrounds and experiences. As Justice Elena Kagan mentioned

[P]eople look at an institution and they see people who are like them, who share their experiences, who they imagine share their set of values, and that’s a sort of natural thing and they feel more comfortable if that occurs.

In addition, a more inclusive judiciary would imply that every social actor can give his contribution to the building of a pluralist society and would implement social acceptability of judicial reasoning, aimed at pursuing as shared a view of the common good as possible.