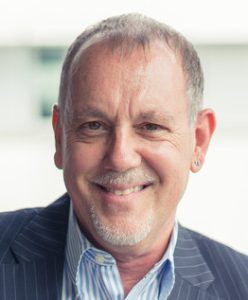 Alastair Ager holds academic appointments as Director of the Institute for Global Health and Development at Queen Margaret University, Edinburgh (where he is Director of the NIHR Research Unit on Health in Situations of Fragility), and as Professor with the Department of Population and Family Health at Columbia University.

Ager discussed A Faith‑Sensitive Approach in Humanitarian Response: Guidance on Mental Health and Psychosocial Programming (2018) at the April 2022 Windsor Dialogue conference. He was a project consultant in the development of the guidance, which provides practical support to humanitarian actors who seek to consider and be sensitive to the faith perspectives and resources of communities with which they work. The guidance is closely aligned with the IASC Guidelines on Mental Health and Psychosocial Support in Emergency Settings (2007)—a general framework familiar to most global humanitarian actors. Neither of these documents is legally binding on humanitarian actors, but the IASC Guidelines have been extremely influential in coordinating and directing refugee response efforts, and there has been increasing interest in fulfilling the sensitivity to faith implicit in this guidance.

This is a story of addressing the marginalization of religion in humanitarian work. We have begun to win the intellectual, theological, and ethical arguments helping humanitarian actors to see that engaging with religious actors, voices, and understandings is both vital and legitimate. To make doing so pragmatically achievable, we have developed A Faith‑Sensitive Approach in Humanitarian Response: Guidance on Mental Health and Psychosocial Programming.

My personal story as a psychologist, academic, humanitarian, and person of faith begins with a failure of mine in a refugee camp in Darfur when I was working as a consultant for UNICEF. I convened a discussion with religious leaders and succeeded in covering the standard bases of consultation. But I had framed the discussion in such a way that the religious leaders suggested our Western agencies had imposed a secular agenda and had not been sympathetic to needs of children being instructed in the principles of Islam.

I felt ill‑equipped to deal with their critique. In reflecting on creating greater integration in my professional life, I wrote the book Faith, Secularism, and Humanitarian Engagement: Finding the Place of Religion in the Support of Displaced Communities (Palgrave Pivot 2015) with my son, Joey, who is a theologically informed community organizer.

Why is it that, while working as a consultant with UNICEF, Save the Children, or World Vision, I found discussing religion so difficult and awkward? We suggest that the professionalism and globalization of NGOs has encouraged the secularization of the language used to frame NGO activity.

For example, early in my career I worked with Christian Children’s Fund. This organization felt the need to rebrand itself as “ChildFund International” while carrying out work in Afghanistan, where a Christian identity was seen as an impediment to the work. Although the organization’s funding came substantially from church ministries, the professionalization and secularization of the organization was seen as an appropriate maturing of it.

This trajectory became widespread through the twentieth century and led to the privatization of religion in humanitarian work. It was pushed to the edges; it was not seen as a serious concern. If religion was addressed at all, it was addressed in an instrumental way. Discussions focused on how religious actors can serve the purposes of others—how they can be a conduit, rather than a resource themselves.

Twentieth‑century social theorists, like Jürgen Habermas, contributed to this transition. The Habermasian position was that religion can potentially be useful as a source for reflection in secular discussion, but the language we use must be in secular, common terms.

Philosopher Charles Taylor has since emphasized that secular language is not neutral language. Rather, it is a particular language of a particular tradition, and these worldviews—secular and religious—need to sit alongside one another.

Thus, A Faith-Sensitive Approach strives to create space for religious discourse, challenge the modern presumption of neutrality of nonreligious actors, and translate this challenge into practical guidelines.

Elements of A Faith-Sensitive Approach

Four characteristics of the guidance are particularly important.

First, the guidance is evidence‑based. It could not be conceived as religion fighting science. It had to evaluate and measure rigorously. Thus, the creators gave the guidelines a strong literature and evidence base.

Second, the guidance aligns with the structure and impulse of the IASC Guidelines on Mental Health and Psychosocial Support in Emergency Settings. The IASC guidelines are an important normative standard. They discuss engaging with local religious and cultural coping strategies. But such engagement is rarely practiced because secular agencies are unsure how to interact with religion, and religious agencies are uncertain how to address other religions. Consequently, the guidance seeks to affirm the legitimacy of the IASC guidelines while also making them more implementable.

Third, while the guidance began as “faith‑based,” it was renamed “faith‑sensitive.” This change signals a primary commitment to sensitivity and authenticity to the beneficiaries and their faith experiences. Guidelines are not framed around providers’ faith: they emphasize sensitivity to the faith of those in need.

Finally, the guidance provides interfaith and interagency principles. Two agencies led the work: Islamic Relief Worldwide and Lutheran World Federation. Their goal was that both organizations used their mutual commitment to faith and religion as an opportunity for partnership. Thus, the guidelines are interfaith at their roots. More than that, they are interagency: we also collaborated with secular agencies, like UNHCR.

A recurrent idea in the guidance is to map, identify, and support local resources. It is not about doing more “stuff.” It is about listening to, partnering with, and identifying resources and capacities that are already there. To be faith‑sensitive is not to come in with all the answers. It is to have a good set of ears connected to your brain and heart so that you understand people’s incentives, interests, capacities, and suffering.

Colleagues working in northern Iraq produced a report called Who Do You Turn to?. We looked at the resources from which those affected by conflict sought help. Local, trained interviewers went around asking individuals, “In these difficult circumstances, what resources do you go to?” The most common answer? “God.”

Often, researchers responded, “Yeah, OK. But who do you really turn to?” They missed the profundity of these people’s belief that they were in God’s hands. It was an answer that secular organizations were uncomfortable with and almost saw as illegitimate. They did not know what to do when someone said, “It is my faith in God and my religious affiliation that are the source and anchoring of my coping.”

These guidelines aim to build on those local faith resources, preparing humanitarian actors to recognize faith, have the ears to listen, and have the humility to say, “What resources can we bring to supplement and support your faith?”

While performing fieldwork in Darfur in 2005, I spent time with a human rights activist working on the ground. She felt—although I thought she was politically savvy and energetic—burnt out and that she was not having any impact. She told me, “If only I were working in New York in the UN Security Council, in the Special Representative Office, I could really be influencing this agenda.”

Three weeks later, I happened to be in New York, and I met with someone from the Special Representative’s staff doing important work protecting children from armed conflict. In that New York powerhouse within the UN, he shared with me, “Alastair, I’m wasting my time. If only I could be on the frontline in Darfur, I could be really effective.”

I consider this a positive story, not a negative one. Although both felt they were not having sufficient political impact, they were each having an element of it. The only sustained political process will be to link the two levels of engagement—the “zipper” that connects them.

One example of such “linking” was the High Commissioner’s Dialogue on Faith and Protection 2012, when High Commissioner António Guterres bravely and explicitly encouraged UNHCR to invite faith actors to challenge the secular framing of UNHCR’s work. The 2016 World Humanitarian Summit was also a key watershed moment to mobilize key political actors: states, multilaterals, NGOs, and religious leaders. Such high‑level engagement has been hugely influential.

The high‑level work is absolutely crucial. But we must also move forward in concert with mid‑level activists and practitioners, as well as ground‑level deliverers, local agencies, and beneficiaries themselves. That has been one of the things that has taken us forward in this field over the last ten years: concerted action across various levels. The middle of our “zipper” has been staffers within the IASC Reference Group. They work across agencies, employing field experience and head office engagement. By identifying with and winning the support of that group, we have gotten much greater traction. There is still a presumption of partiality and proselytization by many actors at that level, but we have also found a common language around human dignity.

The Impact of the Guidance

There is a lot of work to do in terms of adoption of and receptivity to A Faith‑Sensitive Approach. But we are farther along than we were ten or twenty years ago.

First, the guidance has legitimized discussion around faith engagement. We are now asking, “How do our interventions relate to the faith of beneficiaries? How are we fulfilling the IASC 2007 guideline of understanding indigenous local resources for coping?”

The guidance has also led to more specific training. The JLI (Joint Learning Initiative) on Faith and Local Communities developed online learning materials in response to the guidance. Agencies like the Foreign, Commonwealth & Development Office (FCDO) in the United Kingdom are now looking at faith literacy.

Above all, there is a broader movement to help secular actors be aware of and engage effectively with faith, particularly—though not exclusively—in the important field of mental health.

The Promotion of Music, Mental Health, and Preservation of Culture and Religion to International Agencies