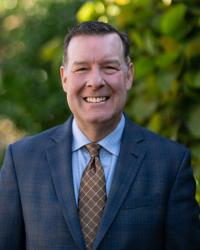 Chris Seiple is the president emeritus of the Institute for Global Engagement, a think- and do-tank operating at the intersection of religion, realpolitik, and reconciliation. The following is an edited summary of his remarks at the ICLRS 2022 Religious Freedom Annual Review, 16 June 2022.

Religious Freedom Is the Only Thing that Works

Why does religious freedom matter to me? The answer is that religious freedom is the only thing that works. It is the only thing that brings together principles and practicality in a way that speaks to all audiences and serves all citizens. It is as simple as that. It is a philosophy of self, societal, and state governance, holistic from the bottom up (the individual/grassroots) to the top down (the institution/government). This approach works, but it takes a lot of work to make it work.

Working with the Ethno-Religious Majority for the Benefit of All

In my travels to nondemocratic places outside the United States, the primary lesson I have learned is that the work of religious freedom boils down to the power dynamics between the ethno-religious majority and ethno-religious non-majorities. (Because “minority” can sound pejorative, I use the term “non-majorities.”)

Religious freedom overseas, in an authoritarian context, is always number 15 on a list of top-10 priorities for local government officials. They do not want to deal with or talk about it.

So how do we make religious freedom work? One step is to work with the non-majorities. I have done that with Tibetans, for example, among others. But the most important, useful, and practical step is thinking through how to work with the ethno-religious majority. How do you give them permission to participate in a new paradigm of inclusion that is consistent with the best of who they already are?

Meanwhile, foreigners tend to receive and perceive American attempts to promote religious freedom as “Name, blame, and shame.” But I like to say, instead: “I am here to walk with you in recovering and restoring the path that is already a part of your holy scriptures and your culture.” That approach also applies within the United States.

How do we work with the ethno-religious majority in our own context? What tools can we use to think about inclusion in a way that respects inevitable irreconcilable theological and political differences? An example from United States history provides insights.

Roger Williams: Self-Interest and the Right Thing to Do

Roger Williams, I believe, is the most consequential American in U.S. history. Williams came from England, was a pupil of Edward Coke and Francis Bacon, and had the same theology as the Puritans. But his application of that theology for living together in society was fundamentally different. Puritans said, “You can worship any way you want, as long as you agree with me.” Roger Williams understood scripture differently.

Importantly, he acted from the best of his faith tradition—not despite it but because of it. I have found that when you root values in your own holy scriptures and moral framework, sustainability results because the majority and non-majorities find a common language of mutual respect.

Williams spoke his mind, saying, for example, that the King of England did not have the right to give away Native American land. He called the practice a “solemn public lie.” Doing so won Williams no friends, so he moved around New England trying to find a home, but he annoyed everybody and was told to leave. Many wanted to send him back to England for execution. Warned by his lifelong friend John Winthrop, who led the Puritans, he fled to the areas west of Massachusetts and was received by the Wampanoag and Narragansett tribes.

Williams’s story illustrates the essence of why religious freedom works: because it is the right thing to do, and it is in your self-interest. If both of those reasons are kept at the forefront, things will work for the majority and non-majorities.

Why did Native Americans welcome Williams? Because he was already friends with them. He had previously traveled among them, learning their language. He did the first ethnolinguistic survey of Native Americans because he respected them as made in the image of God. He also wanted them to know Jesus as he did, but he realized that such knowledge could only result if he shared the gospel in their own language. Speaking a language others can understand shows respect. It does not mean all have to agree, but you want to speak a language that others can hear.

Native American tribes were, at that time, still the majority in the region. Williams asked, in essence, “Can I be a part of this community?” Relative to self-interest, Native Americans knew that the whites would soon be the majority and that it would probably be beneficial to have a good relationship with them. Williams’s self-interest was self-preservation but also to provide for others what the Native Americans had provided for him—that is, a safe place to practice his conscience.

Upon founding Providence, the capital of what would become the colony of Rhode Island, Williams wrote, “[H]aving made covenant of peaceable neighborhood with the sachems and natives round about us, and having, in a sense of God’s merciful providence unto me in my distress, called the place PROVIDENCE, I desired it might be for a shelter for persons distressed for [conscience].”[1]

Williams developed this philosophy further in a letter written in 1655 to the city of Providence, in which he says, basically, “Imagine we are all on one ship (relating to his audience by drawing on a shared experience of crossing the Atlantic Ocean). The majority of people in the ship will likely be white English-speaking Protestant Puritans. But there will probably also be Muslims, Catholics, Jews, and others, including those who have no belief at all. What is the best way for all of us to achieve our common goal of crossing the ocean to a presumably better place?”

Well, the ship is only so big, and there must be sufficient social cohesion among the passengers (the bottom up of society) even as they do not inhibit the captain and crew from (the top down of state) doing their job of getting everyone safely across the ocean. Therefore, if religious difference might be a source of tension among people of different beliefs, then it is in everyone’s self-interest to ensure that tension does not result. In other words, there must be a balance between the responsibility of individuals to live out their faith from the bottom up and the responsibility of the state to protect that responsibility from the top down, in a way that everybody gets along.

Williams’s philosophy evolved toward its institutionalization in the 1663 Rhode Island Colonial Charter. It is a beautiful work with which most people are unfamiliar. It states that the right thing to do is to establish a “flourishing civil[] state . . . with a full libertie [sic] in religious concernements [sic].” Why is that important? Because its existence “will give the best and greatest security to sovereignetye, [sic] and will lay in the heart of men the strongest obligation to true loyaltye [sic].” In other words, if you repress the non-majority (the wrong thing to do), they are more likely to agitate and rebel against the state (which is not in one’s self-interest).

Put differently, it is not in the interest of the state or the ethno-religious majority to assimilate non-majorities to look and act like the majority, as instability will result. Meanwhile, besides being the right thing to do, it is in the self-interest of both state and society—just as it was for the captain/crew of the ship and their passengers—to integrate the non-majorities by inviting them to the common public table as equal citizens, with equal freedom to practice a different belief than the majority, under the transparent rule of law.

Later, in 1670, Roger Williams famously concluded that forced worship “stinks in the nostrils of God.” Coercion is both wrong and works against self-interest.

Williams also believed this principle applied to women. In a famous legal case from 1638, Williams’s neighbor, Joshua Verin, forbade his wife to worship at Williams’s church. Williams responded that Jane Verin had the same conscience as men, so she should enjoy the freedom to worship too. The community of the Providence covenant voted to enable Jane Verin to attend Williams’s church, even if Joshua did not attend.

How do we know Roger Williams was a success? In 1790, 107 years after Williams died, George Washington visited Rhode Island after that state had ratified the U.S. Constitution. The head of the synagogue there sent Washington a letter. You may ask why there was a synagogue in Rhode Island. Touro Synagogue was built in 1763 and is still operating today, as a practical symbol, embodiment, and steward of everything Roger Williams believed—that a religious non-majority could worship freely as equal citizens.

Washington’s response essentially repeated what the synagogue’s leader had written to him and reiterated principles advocated by Williams, namely that the right thing to do is to recognize we all have “liberty of conscience” as an “inherent natural right.” Relative to self-interest, the government will protect that right so we can all get along. Social cohesion can exist in the land of many nations and beliefs, but the inhabitants must “demean themselves as good citizens.”

Washington then reiterates that the right thing to do is to “continue to merit and enjoy the good will of the other inhabitants.” In other words, continue to be the best of who you are and treat others as you would like to be treated. Quoting the Old Testament book of Micah, Washington concluded that, if citizens do these things, “every one shall sit in the safety under his own vine and figtree, and there shall be none to make him afraid.”

Using this model can bring the majority and non-majorities together so that we can celebrate what Roger Williams called the “liberty of conscience,” for one and all.

The Foundational Character of Freedom of Religion or Belief