In Attorney General v Akhter & ors [2020] EWCA Civ 122 the UK Court of Appeal overturned a judgment of the High Court which held that an Islamic marriage ceremony, a nikah, could have legal effect. There was a certain irony in the decision, which focused on the formal requirements of marriage law in England and Wales, being issued on St. Valentine’s Day; originally a Christian feast day, it has become a globally recognized day to celebrate love and romance. In modern times, marriage is generally regarded as intensely romantic, however the reality of the potential complications of marriage in our increasingly diverse and multicultural societies is frequently overlooked. END_OF_DOCUMENT_TOKEN_TO_BE_REPLACED

In January 2020, it was reported that a Jewish woman in London launched a private prosecution against her ex-husband who had refused to grant her a religious divorce, called a get. Though they were divorced under civil laws, the absence of a religious divorce chained the wife in her marriage and negatively affected her life in the community, primarily by preventing her from remarrying. The woman and her lawyers claimed that the husband’s behavior should be prosecuted under a 2015 law criminalizing “controlling and coercive behavior” as a form of domestic abuse. The threat of criminal conviction convinced the ex-husband to grant the woman the get, and she later revoked her action as a result. END_OF_DOCUMENT_TOKEN_TO_BE_REPLACED 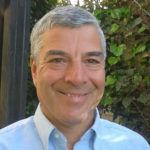 In a recent case in the UK, a Jewish woman was able to obtain a get (bill of religious divorce) from her husband by launching a private prosecution against him for controlling or coercive behavior. This has been described as a landmark case in the struggle of Jewish women to obtain religious divorces from uncooperative husbands. In this short post I explain the problem of aguna (“chained” wife), review recent developments in this area, and explain why this last case is truly groundbreaking. END_OF_DOCUMENT_TOKEN_TO_BE_REPLACED