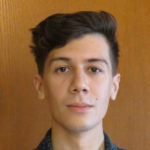 Andriy Fert is a Doctoral Student at Kyiv-Mohyla Academy (Ukraine)

For the Ukrainian Orthodox Church of the Moscow Patriarchate (UOC-MP), it seems that the creation of the Orthodox Church of Ukraine (OCU) in 2018 was an unexpected gift, one that strengthened and united its ecclesiastical structure around one narrative—the narrative of persecution.

On December 15, 2018, two active members of the so-called “pro-Ukrainian wing” of the UOC-MP, Metropolitans Olexandr and Symeon, officially left the Moscow Patriarchate and joined the OCU. Their departure, however, appears to be a relief for UOC-MP leadership.

For instance, Olexandr, spiritual son of Metropolitan Volodymyr Sabodan (the head of the UOC-MP from 1992 to 2014), had been actively criticizing UOC-MP leaders since 2014 for cooperating with pro-Russian oligarchs, refusing to engage in dialogue with other Ukrainian churches, and reacting hostilely to the possibility of independence from Moscow. He established a foundation named for his mentor Volodymyr to advocate for autocephaly, citing Volodymyr’s authority among Orthodox believers.

On January 6, 2019 the Patriarch of Constantinople issued the Tomos (a decree on the Church’s independence) for the Orthodox Church of Ukraine. After the Tomos has been granted, there is no critical mass of bishops, priests, or laymen in the Ukrainian Church of the Moscow Patriarchate ready to speak up for autocephaly or to refuse to commemorate Patriarch Kirill during the services. The new Church and autocephaly for the OCU appears to have opened the way through which the most visible and active part of the opposition to the Church’s leadership has flowed away from the UOC-MP.

Following the two bishops, roughly 500 parishes have transitioned from the UOC-MP to the new Church over the last year (according to the Harvard Ukrainian Research Institute’s project MAPA). Here it is not the numbers that matter, but rather the very fact that they left. Members of these parishes were largely pro-autocephaly and pro-Ukrainian political identity. In other words, they wanted independence from Moscow, but they stayed with the UOC-MP due to its canonicity, or its recognition as part of global Orthodoxy by other Orthodox churches; the leadership of the UOC-MP had to deal somehow with their religious and political orientations. This problem, however, has mostly disappeared once they left the church.

My colleague from Kyushu University Sanami Takahashi is currently researching how Tomos affected parish life in Ukraine. Because of her expertise in the field, I asked if there were any pro-OCU communities left in the UOC-MP. She replied that she had not found any; everyone who sympathized with the independence from Moscow had already transferred to the new Church. For sure there could be exceptions, but those who decided to stay with the Moscow Patriarchate generally consider the OCU nothing more than a political project, condemned the way the OCU was created and promoted by the state, including the Ukrainian Government’s decisions to force the UOC-MP to change its name to the Russian Church in Ukraine, and more or less support the head of the UOC-MP, Metropolitan Onufry in his course.

In Ukraine, as in many Eastern European countries, affiliation with a certain religion or denomination is intertwined with national and cultural identity. By saying “I am Orthodox,” a person often does not mean that he goes to church or believes in God, but rather that he belongs to a certain culture or nation.

Several years ago, the Moscow Patriarchate under the rule of Metropolitan Volodymyr was equally attractive for both “pro-Ukrainian” and “pro-Russian” elites, for scientists, hipsters, and public intellectuals alike. It was acceptable for them to think of themselves as Ukrainians and members of “our Church.”

But then the annexation of Crimea and the war in Donbas and the Tomos happened. In 2014 Metropolitan Volodymyr died, and his successor Onufry, with his ambiguous and sometimes scandalous statements, has managed to push away many “external sympathizers” of his Church. Nothing is left for them to associate themselves within UOC-MP Church narratives, while Ukraine underwent a new period of nation-building.

Gradually cultural space for the Church left room for only pro-Russian ideals. While Metropolitan Onufry may claim, speaking in pure Ukrainian, that his Church is a genuine Church of the Ukrainian people, his message is nevertheless transmitted almost only by pro-Russian media. And at ceremonial processions, next to him walk the representatives of the “Opposition Bloc,” a political party openly supporting the Kremlin agenda in Ukraine.

All of these make the UOC-MP into an unequivocally pro-Russian Church, and this is clearly not something many Ukrainians want while the war with Russia continues.

Three factors—fewer challenges from the inside, stronger pressure from the outside, and visible links with pro-Russian politicians—lead the UOC-MP into isolation. It crawls into its own shell, mobilizing believers around the narrative of a “Persecuted Church” that suffers only due to its refusal to be a puppet of a temporal power. This narrative cites a number of clichés repeatedly made in statements by the Church, its spokesmen, and its affiliates.

In the very center of this narrative are episodes with “schismatics capturing our churches.” There is usually a parish of the “canonical church” that local authorities and “schismatics” pressure to transfer to the OCU. Priests and laymen, of course, stand up firmly for their faith, so the authorities have no other choice but to gather a parallel “meeting of radicals,” who have never before been seen in the church. These radicals vote in favor of the transfer. Thus, “people who have nothing to do with the Church” solve Church issues. Then “nationalists” arrive and expel the “community of the Canonical Church” from its property. And while “believers are singing prayers” in the open air, “nationalists” and “politicians in robes” are singing the “Ukrainian anthem.” (Take a look at this example.)

This narrative describes the new church as a political project. Its head, Metropolitan Epiphany usually thank top politicians like the President but forgets to thank God. Members of the OCU, according to this narrative, do not trust or even hate each other.

But there is no need to be worried, because “politicians come and go; politicians in robes come and go in the same way,” while the “True Church” (the UOC-MP) remains. It remains because it does not play with politicians, because it stays away from politics. And this is thanks to its “Good Shepherd” Metropolitan Onufry. In media affiliated with the Moscow Patriarchate or its political sponsors, Onufry is always depicted as a man of exceptional piety, who enjoys incredible authority in the Orthodox World.

This “Good Shepherd” is opposed to leaders of the OCU for whom politics is more important than real religious life. According to the UOC-MP, scandals among the leadership of the new church, particularly the conflict between Patriarch Filaret and his former protégé and now OCU leader Epiphany, demonstrate that the OCU is a false church that “falls apart even in the perfect conditions” of state support and promotionn while the True Church, in spite of the “persecutions,” grows stronger: “more and more people declare their affiliation with it; in the parish, the priest begin to understand the value of every believer, the believers begin to understand the value of the parish—that here is their family.”

To the UOC-MP, it does not matter if the Orthodox Church of Greece or Patriarch of Alexandria have recognized the OCU. It changes nothing. The UOC-MP insists that the schism has already caused so much pain and suffering for the Ukrainian Orthodox Church and its believers; recognition will not bring unity to the Orthodox World, but in contrast, the Ukrainian schism will further cross the border of Ukraine and extend to all Orthodoxy.

Still Biggest, but Isolated and Frustrated

Exodus of the pro-Ukrainian wing has consolidated the Church of the Moscow Patriarchate in Ukraine, but it also moved it closer to Russia. In the public space the Church-tied-to-Moscow has no other place to go but to pro-Russian television channels and politicians. There is nowhere else it could find some sympathy.

One year after the Tomos frustrated and isolated this Church; the UOC-MP is gradually turning into a narrow, suspicious, and quite aggressive religious community, closed to the outside world and more dependent on Moscow. But the Church still holds an enormously wide network of people committed to their Church even more than before, which makes the Church the biggest religious institution in the country.

The Moscow Patriarchate’s Constitution: How the Russian Orthodox Church Champions the Kremlin’s Battle Against “Falsification”