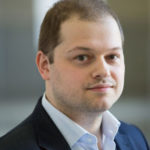 This Interview with ICLRS Visiting Fellow Dmytro Vovk, Director of the Center for Rule of Law and Religion Studies at Yaroslav Mudryi National Law University in Kharkiv, Ukraine , is reproduced here with the permission of IVERIS (Institute de Veille et d’Études des Relations Internationales et Stratiques) and interviewer Bruno Husquinet .  Dr. Vovk is the co-editor with Elizabeth Clark of  Religion during Russian-Ukrainian Conflict (Routledge 2019).  He was a member of the Inaugural Class of the ICLRS Young Scholars Fellowship on Religion and the Rule of Law, which took place in summer 2018 in Oxford.  END_OF_DOCUMENT_TOKEN_TO_BE_REPLACED

"On Feb. 27, the Supreme Court [heard] arguments about the constitutionality of the 40-foot Peace Cross on government property in Bladensburg, Md., a memorial for local fallen World War I soldiers. Many Americans might see a…

Continue Reading A Peace Cross on Public Property: A Violation of Establishment? 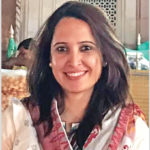