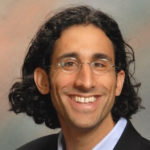 Robert C. Blitt is Professor of Law at the University of Tennessee Knoxville

At first glance, extending the Tomos to a newly established Orthodox Church of Ukraine (OCU) may appear to have emerged with lightning speed, particularly in the traditionally deliberative world of Orthodox Christianity. But the reality attests to a much longer campaign to secure autocephaly for Ukraine, and to a larger, ever-seething rift among Orthodox churches over canonical legitimacy and control.

The Long Reach of U.S. Foreign Policy and the Tomos

Boosters and detractors of OCU autocephaly are divided over claims of government interference in the process of issuing the Tomos. An assessment of the effectiveness of Ukrainian and Russian government intervention is set aside for another occasion, though indications are plain intervention was the norm rather than the exception. In the case of the United States, some outside observers have claimed the U.S. government manipulated the Ecumenical Patriarch with millions of dollars in bribes to foster a schism in the Orthodox world, and that consequently, “the State Department, will have the blood of the little Ukrainian grandmothers and old men on [their] hands.” Parties more intimately engaged, including high-level officials from the Russian government and the Moscow Patriarchate, have espoused similar claims, if couched in more diplomatic terms. END_OF_DOCUMENT_TOKEN_TO_BE_REPLACED

Dr. Mine Yıldırım is Head of the Norwegian Helsinki Committee’s Freedom of Belief Initiative in Turkey

How do restrictions on the right to freedom of religion or belief (FoRB) in your country affect women? Are women and men impacted differently by the same security measures? Usually, silence follows when these questions are posed to public officials, civil society organizations, and religious or belief community leaders. Then, though some examples may come to mind, the list of relevant issues rarely extends beyond highly visual restrictions, such as with the headscarf or the burka.

We do not yet have a comprehensive and systematic resource that provides of how the gender dimension of FoRB presents itself and how it should be monitored. Understanding this is particularly important for states and civil society organizations. States must protect the right to freedom of religion or belief for both men and women and must refrain from restrictive measures that disproportionately impact women or men. Likewise, civil society organizations strive to understand how women are impacted by these measures so that they can hold states accountable. END_OF_DOCUMENT_TOKEN_TO_BE_REPLACED

Among other things the OSCE/ODIHR Freedom of Religion or Belief and Security Policy Guidance focuses on finding a fair balance between the autonomy of religious groups and the requirements of public safety and national security. The guidance document calls these two values “complementary, interdependent and mutually reinforcing objectives that can and must be advanced together.” The autonomy of a religious groups includes the right to self-name. It presupposes that religions may, at their discretion, choose any name for themselves based on their dogmas, canons, and principles. This name unites believers and expresses their shared religious identification. The name may include the institutional form of a religious group (church, movement, society, etc.), the name of the deity, a leader, sacred places or texts, the mission of the group, and so on. END_OF_DOCUMENT_TOKEN_TO_BE_REPLACED

Continue Reading The Names of Religious Groups and Security-Related Concerns