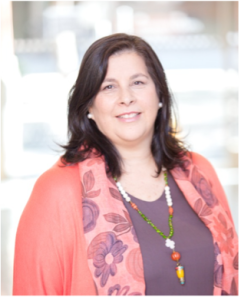 In October 2021, thanks to the leadership of the International Center for Law and Religion Studies (ICLRS), we gathered four countries from the Southern Cone—Argentina, Paraguay, Uruguay and Chile—in a Forum on Human Dignity and Religious Freedom. It seems particularly important to devote time to reflect on human dignity for everyone everywhere, which corresponds to the title of the 2018 Punta del Este Declaration.

The Declaration reflects the combined work of a group of people motivated by discussions initiated by Jan Figel, the former Envoy for Freedom of Religion for the non-European countries of the European Union, with the support of the ICLRS. This group seized the opportunity to build on and further develop religious freedom as a fundamental human right on the occasion of the seventieth anniversary of the Universal Declaration of Human Rights, emphasizing the perspective of human dignity.

Despite some differences between the four Southern Cone countries, we all agree that religious freedom is often treated like the forgotten sister and left aside when discussing other fundamental human rights, while in fact it is the root of all such rights. Moreover, without freedom of conscience, religion, and belief, it is difficult for different perspectives to exist related to education, health, life, property, assembly, and expression, to name just a few other rights associated with religious freedom.

Therefore, human dignity for everyone everywhere attempts to refocus on the concept that religious freedom is a fundamental human right that does not stem from a political belief. Rather, religious freedom stems from the meaning of life, which—we believe—everyone ponders. All human beings wonder about the meaning of their existence and the purpose of their life. Specifically, it is innate to human existence to ask questions such as why we are here or what the purpose of existence is, without the involvement of those who take a political stance asking more questions or offering answers. Religious communities are the first to stand by people and lend their support when these questions are asked, regardless of whether individuals take a religious view of the meaning of life or treat it as an ethical, cultural, or ethnic matter.

By signing the Punta del Este Declaration, we sought to remember and recognize that human dignity is a universal concern and that religious freedom arises or stems from it. Therefore, it cannot disappear for political purposes; it cannot be used politically. Rather, it demands efforts to reach agreements or consensus on different subjects, recognizing our differences. Establishing this perspective in the Southern Cone requires deepening how religious institutions, or those of different beliefs, permanently collaborate with the State. Therefore, the State need not shrink back, be ashamed, or question, for example, if it supports or funds one religious denomination or another. Because in our countries, religious institutions essentially collaborate in restoring the dignity of people in situations of vulnerability, in situations of immigration, in situations of total poverty, in situations where the State is not able to reach people in terms of education. Thus, these entities are the primary partners of the State. The Director of Chile’s National Office of Religious Affairs recently emphasized that religious entities serve in all corners of our country; this is indeed the case, and I believe this likely happens in all countries of the Southern Cone.

In these pandemic times, we feel as though we are almost in a laboratory, where we live without understanding what it means in our countries, for example, to celebrate worship as part of our beliefs, to provide religious aid to the sick and their families, or to bid farewell to the mortal remains of those who passed away from COVID-19. The passage through this kind of laboratory, in which we still find ourselves and of which our face masks are constant reminders, must teach us that we’re in this together.

Being together in this is not just about respecting our differences. There was an author who said, “He who knows only one religion knows none” [1]. Such individuals limit themselves to their own knowledge without knowing that there are other ways of looking at life. That does not mean we must embark on a campaign to change our or others’ religions. It means being inspired by a deep respect for the beliefs and choices of others.

The Punta del Este Declaration and other, related initiatives contribute to this perspective in Chile, in the Argentine Council for Religious Freedom (CALIR), in the Religious Studies Institute (Uruguay), and, I hope, in Paraguay as well. The idea of being in it together as religious entities—researching, proposing initiatives, collaborating to make known what we do—can enhance this essential attitude of serving everyone everywhere.

It is time for religious denominations to make visible the ideal of individuals who give themselves to others, but not because they are of the same faith or the same party. Rather, those who are served deserve to be cared for in the circumstances in which they find themselves. The basis of human dignity offered by the Punta del Este Declaration can continue to inspire dynamic initiatives and, above all, deepen our faith or beliefs. This must be done without resentment, in a joyful celebration, since we desire to share, not impose, our interpretation of the meaning of life, which furthers the human development of others.

The First Annual Forum on Law and Religion of the Southern Cone: Remarks from Speakers and Panelists

Judicial Overreach and Reasonable Accommodation: Some British Reflection on the US Supreme Court Decision in Obergefell v. Hodges