Click here to access recordings of sessions from the 26th Annual International Law and Religion Symposium — Human Dignity and Freedom of Religion or Belief: Preventing and Addressing Persecution 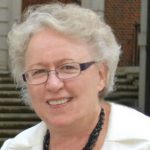 In December 2018 in Punta del Este, Uruguay, at the easternmost edge of the South American contintent, a conference was convened under the auspices of the European Academy of Religion, with the leadership of Slovak statesman Ján Figel’, Special Envoy for Freedom of Religion or Belief Outside the European Union, and with the support of the International Center for Law and Religion Studies at Brigham Young University Law School in the United States. The event brought together three dozen scholars, jurists, and religious and civic leaders to celebrate the 70th Anniversary of the Universal Declaration of Human Rights (UDHR) by developing “an invitation to a global conversation about preserving and protecting human dignity for everyone everywhere.” Following upon discussions, preparatory events,  and draft manuscripts made during 2018, the culminating work of the Punta del Este gathering was a document with universal implications:  The Punta del Este Declaration on Human Dignity for Everyone Everywhere. END_OF_DOCUMENT_TOKEN_TO_BE_REPLACED